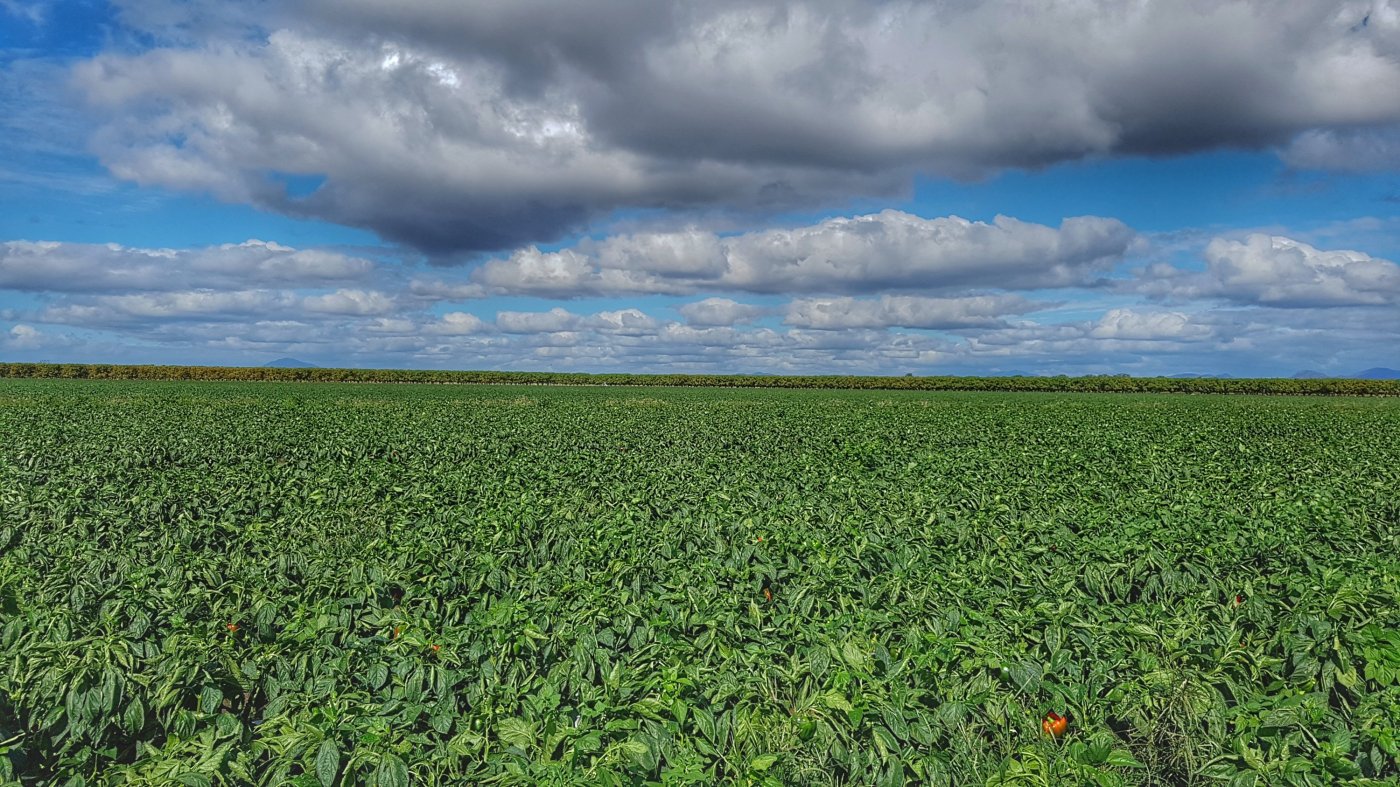 Sorry it’s been a little while since I updated everyone with what’s been happening in my life down under, but I’ve been busy at work. Which is a good thing but other than that not much has happened. Thankfully though I am now over the halfway mark of this farm crap having completed 51 days of the 88 (could even be as many as 57, its all a bit confusing) so the countdown is very much on! I am still on the same farm that I spoke about in the last blog, we have had a few slower weeks due to bad weather and stuff, but it has mainly been very full-on, often working 6 days a week 9 hours a day. The days have been long, but the weeks seem to go quick, just 4 or 5 now to go and it will all be over and a distant memory.

I am still picking lots of Bell Peppers and although I have certainly got better at doing this and it’s a bit less hard on the body its still the hardest work I’ve ever done. We are often the first to leave from the hostel in the morning and the last ones back! I’m also convinced we are the hardest working farm here as well, just my luck really. The work rate and pace are brutal. On a good day, we will pick 80-90 bins of peppers in 9 hours, between about 7 of us and each bin is around 300kg. They still expect us to pick faster and more bins every day, we are basically treated like another piece of machinery and not a human being. The farmers can be arseholes at times when in a bad mood about something, but also, they can be alright at the same time. Thankfully we don’t have too much interaction with them.

As well as picking the peppers I’ve also done some planting as well now which always makes us happy as it is a break from the picking and is a much easier day! Initially, I was walking behind the planting tractor making sure that if the people sat in the tractor missed a hole I would fill this in with a plant and if the plant wasn’t planted right I would also sort this out too. The planting tractor consists of 6 seats for people to sit in and then racks full of the plants. The tractor drives along the rows to be planted making a hole in the plastic which covers the row to prevent weeds. The people in the tractor then must push a plant into the freshly made hole. It really is quite the skill, it looks easy but until you have tried it, it certainly takes a bit of time to master. After a few times walking behind the tractor which was nice, I then moved to being seated in the machine and having to plant due to someone leaving. So, I now have first-hand experience of how difficult it is to be very good at this task (which I certainly am not). As the tractor drives along you must grab the plants with one hand out of the trays on the tractor, for me this is with my left hand. Then with your right hand, you must collect a plant from your left hand and push it down into the hole which has just been made. The difficulty comes when you must reach to get more plants but still carry on planting. The trick is to place your final two plants in your right hand (the planting hand) then as you plant these simultaneously, with your left hand you must reach up and grab more plants ready to reload for more planting. This all sounds a bit confusing, but I have attached a video below of me in the machine planting rockmelons. Planting the rockmelons is easier than planting the capsicums as there is only one hole in the plastic so two people share the row, alternating who plants the plant, giving you a bit more time. When planting the peppers there are two holes made in the plastic staggered apart on each side, so I would plant one side and the person next to me the other. The tractor does drive a little slower, but it is far harder planting the peppers due to having to do the whole row yourself and not alternating like in the video below. The only saving grace is that the pepper plant is bigger and easier to grab from the rack. Bloody hell I sound like Alan Titchmarsh or something, never in my life did I think I would ever be doing something like this, but it is all an experience none the less and reinforces that with practice and patience you can get good at any skill even if that skill is planting plants (I’m still pretty shit at it though). One day we had to plant in a slightly different machine which had tracks and not wheels due to the ground being so muddy and wet from the rain. Honestly, the farmers have so many different machines it’s crazy! This machine was older and much less comfortable and had little plastic seats instead of comfy hammock type things on the new one. When we reached the end of one of the rows I leant forward to turn off the water supply which wets the holes. As I did this the farmer turned the tractor and sent me flying due to the plastic chair snapping and ending up on the ground with me still in it! I wasn’t hurt or anything as it wasn’t a far drop, but it was absolutely hilarious. To be honest I just wish someone had it on video as that would have been so funny to watch back! The guy walking behind the tractor was in stitches. Unfortunately, all the planting is now done so for the remaining time of being on the farm I shall just be picking all day every day! Which will be horrendous, but the end is very much now in sight.

Besides the constant back pain from being hunched over all day and never getting a moment rest, eat sleep, work, repeat, by far the worst part of farm work for me is the boredom. Because picking the peppers is a relatively easy task, for the brain at least. Like you don’t have to think about what you’re doing your mind is just left to run all day long which can be a good thing and gives you time to think through stuff, but more times than not its horrible. Sometimes I listen to music to help, other times a good podcast helps or chatting with the other people on the boom, but most of the time you’re left inside your own brain. All you can think about is wanting to be done and how much you can’t wait for this all to be over. You cycle through the same thoughts all day long every day. It’s possibly the worst place to be if something is on your mind as well. On a normal day, your mind will race through loads of shit basically but if there is a day where something is playing on your mind you will overthink and over analyse every little detail and questions yourself about everything, which can be horrible! Things that wouldn’t even be a problem in the “real” world then become a problem as you have so much time to dwell on things. In addition to this mood swings seem to occur with everyone as well. In the morning I can be happy as Larry singing out loud to my music and then a few hours later I will be well pissed off and throwing peppers on the ground in rage haha. Basically, picking for 9 hours a day is a strange place to be in. It has allowed me some valuable headspace and taught me a lot about myself as a person, but also, I know I am not truly myself here. The work and monotony grind you down. I am definitely more positive with it all now knowing the end is in sight and have a much better outlook on things! You just have to take each day as it comes and have a little milestone in sight, like the finishing the next bin or the next smoko and gradually you get through the day and then the week. I’m also much happier to be going to work than waiting around for work and I tell myself that when I’m hating life picking.

Really, it’s the other people that get you through, I’m thankful that on my farm there have been some great fellow backpackers that I’ve got on with well and that certainly helps, just talking to someone next to you and having a laugh can make such difference to your mood even if the surroundings are shit (shout out to Jack, Tim, Jules, Julia and Zarah).

I have also met some great people who are staying at the hostel but not on my farm. Its everyone being in the same boat and dragging each other through which makes it worthwhile and without that aspect of it I really don’t think I could have done it. Next weekend I’m off to go scuba diving again which I’m really looking forward too and then once I’ve done that we shall be into August and the last ever month I will have to be doing shit farm work because at some point in august I shall be leaving, and it will all be done with! 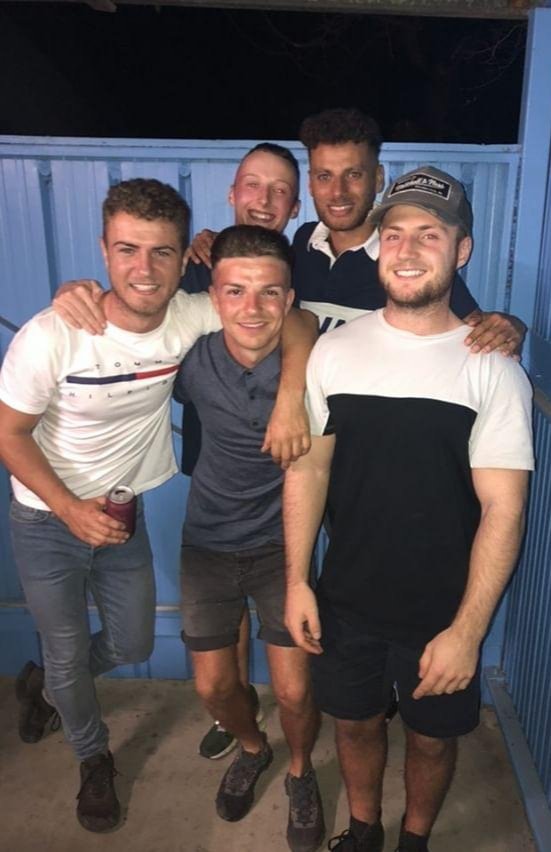 I will update you all again when the farm work is finished, and we are embarking on a road trip down the east coast which will hopefully enable me to write more interesting blogs. To be honest, I’ve written this one and kind of just thrown loads of stuff into it and it probably doesn’t flow that well, I’m also a little hungover and tired which hasn’t helped. It probably sounds like I’ve had the worst time ever but in reality, it’s not too bad and there is far worse happening in the world. It’s been one hell of an experience, one I shall never forget and has taught me a lot as well. Hopefully, it’s a bit of an update to all those interested in what I’m up to and farm work life! As I said though the end is in sight and I can’t wait for that day to arrive. In the meantime, I shall continue grafting away picking peppers for you all you have for your dinner tonight!

3 thoughts on “Halfway to Freedom”